The healing power of weakness 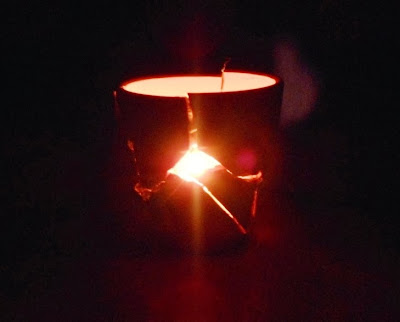 NOTE: Yet another wonderful excerpt from Jean-Pierre de Caussade's
Abandonment to Divine Providence

Those in whom God lives are often flung into a corner like a useless bit of broken pottery. There they lie, forsaken by everyone, but yet enjoying God's very real and active love, and knowing they have to do nothing but stay in his hands and be used as he wishes. Often they have no idea how they will be used, but he knows.

The world thinks them useless, and it seems as if they are. Yet it is quite certain that by various means and through hidden channels, they pour out spiritual help on people who are often quite unaware of it and of whom they themselves never think. For those who have surrendered themselves completely to God, all they are and do has power. Their lives are sermons. They are apostles. God gives a special force to all they say and do, even to their silence, their tranquility and their detachment, which, quite unknown to them, profoundly influences other people.

They themselves are influenced by others who, by grace, unknowingly benefit them; and, in turn, they are used to guide and support other people who have no direct connection with them. God works through them by unexpected and hidden impulses.

In this respect, they are like Jesus, who produced a secret healing power. The difference between him and them is that they are often unaware of this discharge of power and so do not cooperate with it. It is like a hidden scent which gives off its sweetness unknowingly and is quite ignorant of its strength.
Posted by Br. Francis de Sales Wagner at 11:20 AM