This week, in my hometown of Findlay, Ohio, a significant piece of my past was reduced to rubble. Demolition began at the site of the former St. Michael school located at the corner of Adams Street and Western Avenue. I spent five years there, grades four through eight, before moving on to public school at Liberty-Benton High west of Findlay (there is no Catholic high school in the city).

Above is a video of the start of demolition this week, provided by The Courier. While I was on vacation last week and visiting family and friends in Findlay, I took a stroll down memory lane and snapped the photos below of the school property as it awaited its fate.

The building has been empty for a couple years, but had been leased for some time to a couple different Christian organizations. St. Michael parish vacated the building in 2006 after opening a new school at its main complex on Bright Road--on the east side of Findlay.

A little history here: When I was growing up in the 1970s, the downtown complex including the school/parish office buildings and those across Western Avenue from the school -- the 1860s church, and the rectory and convent (for the Sisters of Charity who taught and administered at the school) -- was considered the "main" St. Michael's (also, just across Adams from the school and across Western from the church, was the local Knights of Columbus, which is still present). The Bright Road complex--called "The Annex" back then-- consisted of a newer church (1960s) and a school for grades one through three. After kindergarten at Liberty-Benton, I attended grades one through three at the Annex, and then grades four through eight at the downtown school.

Those were the formative middle school and junior high years for me and my classmates. The downtown school held a lot of memories--running around the playground, waiting for buses, flirting and holding hands (with girls, not buses, but sometimes on the buses), attending sporting events, plays, science fairs, school dances (more flirting and holding hands), and banquets in the gymn/cafeteria areas. And yes, lest you think me negligent and care-free, there were plenty of classes--with some of the finest teachers and human beings I've been blessed to know. Many of them--including my seventh and eighth-grade English teacher, Mrs. Ann Hildreth--were inspirations to me, and encouraged me, for example, with my writing. Some of my best friendships and childhood memories were rooted there--including my first love (who is married now, with children).

I also served Mass in the church across the street quite often early in the morning before school -- sometimes also attending "open gym" training for wrestling and track before showering and heading to class. On the weekends, my family usually went to Mass at the downtown church, parking on the school playground. The church is where my parents were married, and where the funeral Mass for my father (2003) was held. And every Friday morning, the entire school attended Mass in the church.

Tucked somewhere in the midst of all that, I suppose, was the tiny seed of my eventual religious vocation (which didn't bloom until my 40s)

The original section of the school, facing Western Avenue, was built in 1894. (Prior to that, the school, which was founded in 1859, operated out of the original St. Michael's church until it was destroyed by fire in 1866). In the 1960s, the school was expanded to the west along Adams Street. For many years, the main church, parish offices, and school with grades four through eight operated downtown, while the Annex church and school with grades one through three operated on the East end of town. Eventually, as the parish grew larger, the church and school on Bright Road were significantly renovated/expanded and combined into a massive modern campus that, by 2006, consisted of the now "main church," parish offices, and all grades through eight.

Downtown, the old church still stands and hosts two weekday and two weekend Masses a week (the main church on Bright Road has Mass every weekday morning and four Masses on the weekend). Though the old rectory no longer stands, the convent downtown does, though I'm not sure what it is used for. The Sisters of Charity are long gone.

And, now, so is the original school. As it so happens, the new complex on Bright Road is very close to where my mother now lives, and is quite convenient for both her and myself when I visit. Life goes on ... though the memories endure .... 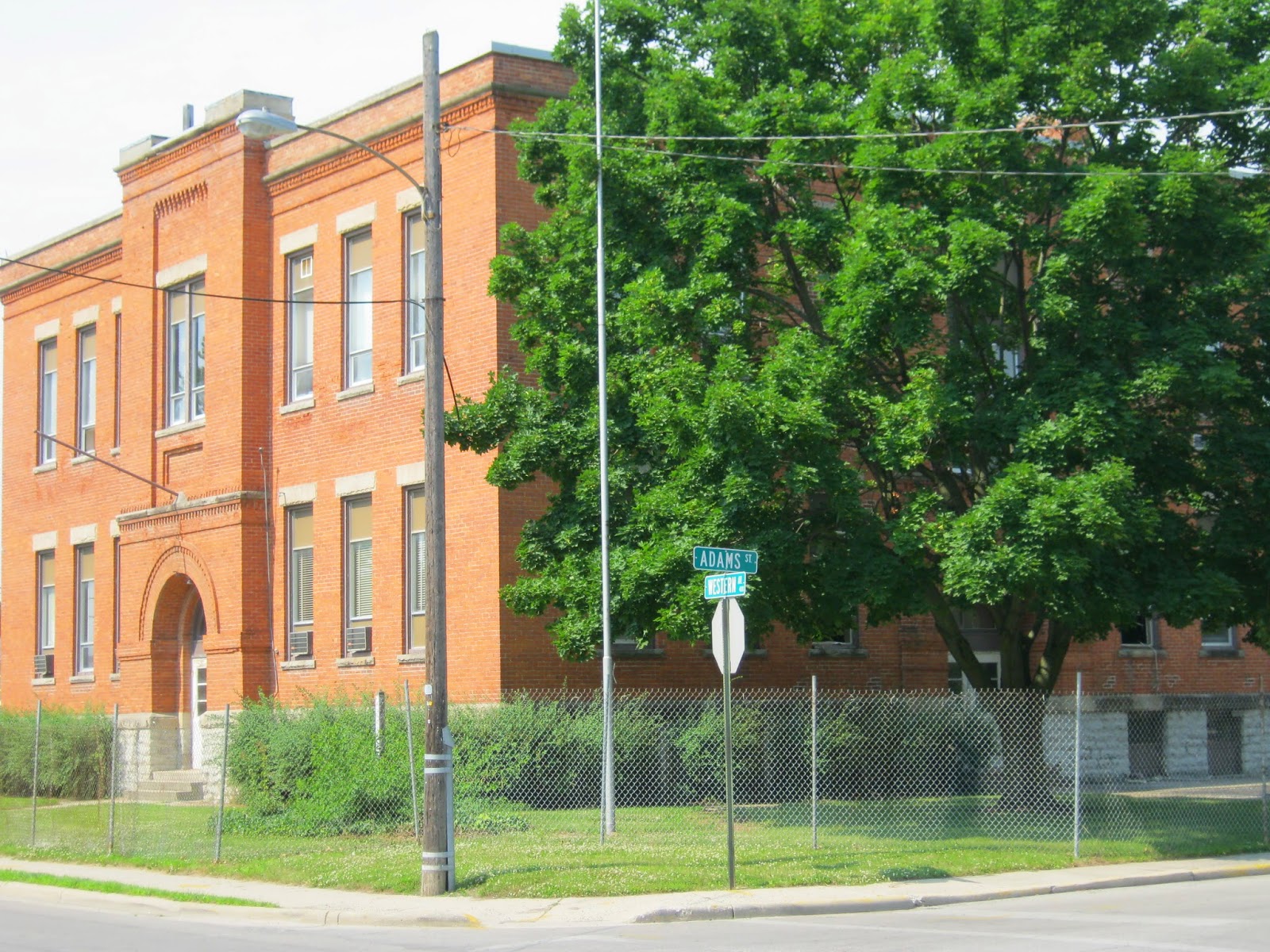