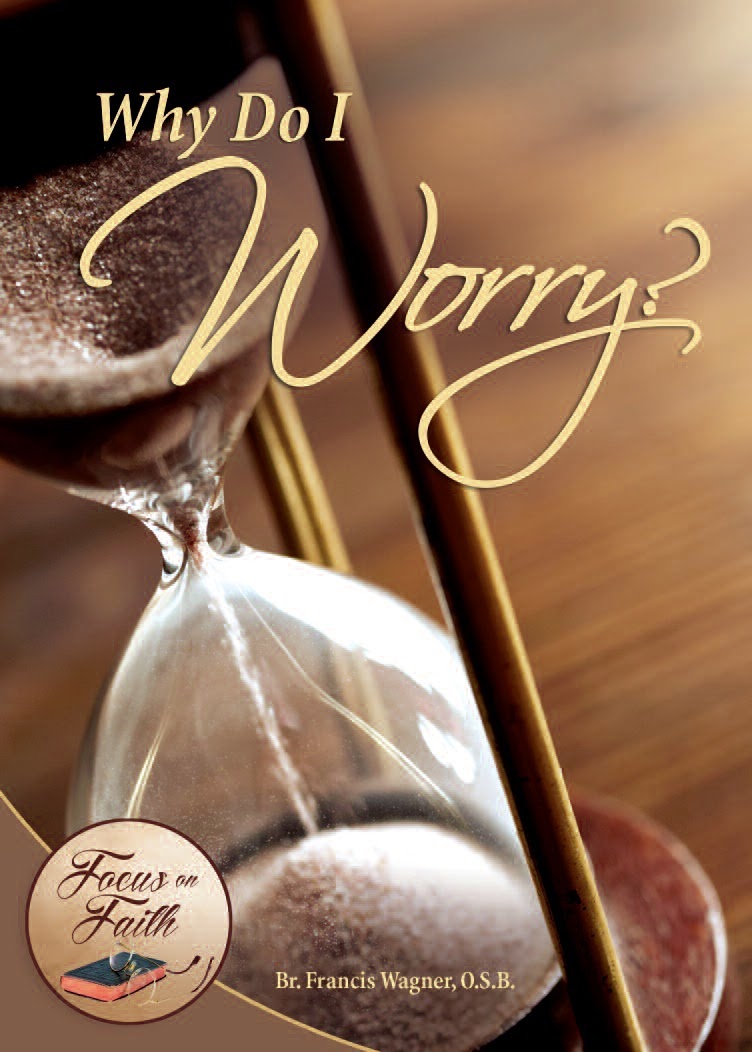 Every once in a while, an acquaintance either tells me or emails me: "You must be busy, because you haven't posted anything on your blog for a while."

Well, no one has said that lately, but I recently realized that I have not, indeed, posted much of anything here in quite some time. Such is life. If I were able, I would try to post something fresh (and, hopefully, something prayerful or thought-provoking) nearly every day. Perhaps I can attempt to make more progress in that regard.

In the meantime, however, I thought I would provide an update of what I've doing lately, as well as a preview of a "coming attraction" (hinted at in the photo above).

I've been spending a good deal of time lately reading and writing in connection with the courses I'm taking as part of the spiritual direction certificate program I've involved in here at Saint Meinrad. I'm quickly approaching the last year of the three-year program. One course, Spiritual Direction and Discernment, began in July and runs until early December. (Courses already completed have covered Scripture, the history of Christian spirituality, and human development and Christian maturity) In January, the other members of the program cohort (there are about a dozen of us) and I will begin a Pre-Practicum course--which will be followed by a full year of engaging in supervision and self-evaluation of interaction with directees, which in turn will be followed up with a Post-Practicum course before the certificate is awarded.

It has been a very rewarding program (the other cohort members and I are the "guinea pigs" of this inaugural endeavor), and I have learned a lot. I also learn a lot from those I am currently directing, and I am grateful for their trust in this "novice." Being a spiritual director (not to mention a writer) after the pattern of my patron namesake, St. Francis de Sales, is something I feel deeply called toward, and is something I genuinely enjoy doing.

In any event, the current course I'm enrolled in, as well as preparations for the pre-practicum course, are keeping me quite busy. Along with quite a bit of reading, there are short papers and reflections to write, and required online discussions to engage in with other cohort members--all of which has been very fruitful. Together, it amounts to the equivalent of essentially two simultaneous classes.

In addition, I'm involved with the Benedictine oblate program here at Saint Meinrad, and in recent weeks, I've been preparing the conference I will be giving at oblate chapters throughout Indiana and Ohio in the coming months. My conference--guided by this year's overall theme of the "Presence of God in the Life of the Oblate," which is chosen by the oblate director--is titled "Being with God in Prayer."

And, of course, I continue to work in the Publications division of the Abbey Press. In addition to the normal round of proofing catalogs, editing manuscripts, and attending staff meetings, I have been particularly focused on shepherding the development of a new gift-book series called "Focus on Faith" (to be released in December). Each 84-page, full-color book in the series will focus on a different aspect of one's Christian faith, providing an insightful, inspiring, and attractive presentation of the topic at hand. Each book in the series is designed to be a prayerful guide to empowering one's faith--putting it to work in day-to-day circumstances, and is filled with short meditations, colorful photographs and illustrations, inspirational quotes, and reflection questions.

There will be four books released in December to begin the series, dealing with the topics of patience, envy, doubt, and worry. I have authored the one on worry, tentatively titled Why Do I Worry? (the photo above is one version of the cover). Everything has been written, edited, and designed, and is currently in the pre-press phase (lots of proofing and fine-tuning!). This has been a unique project in many respects, and has involved a number of people here at the Press. It will be interesting to see how the series fares.

So, that is what I've been up to of late. I'm especially looking forward to the practicum phase of the spiritual direction program. Hopefully, I'll have the opportunity to do a little more writing as well. For now, here is the introduction to the upcoming "Focus on Faith" book Why Do I Worry?:


Don’t worry. We’ve all said that to someone, or have had someone else say it to us. Yet, worrying is something everyone does to some degree. We worry about our jobs or studies, finances, health and safety, and relationships. We worry about what’s happened in the past, and what may happen in the future. We worry about the state of today’s world.

And those are just the “biggies”—we worry about many other things as well.

As real as our worries seem, we know, deep down, that worrying is pointless.  It solves nothing, and often leads to potentially more serious problems—like sleeplessness, irritability, lack of concentration, arguments, substance abuse, etc. A recent British study found that the average Briton spends one hour and 46 minutes each day worrying about such things as being out of shape, aging, and finances—amounting to five years and two months of solid worrying over the course of the average lifetime! What’s more, high percentages of those studied said their worrying (not what they were worried about) directly affected their health, job performance, and relationships.

Gerontologist Karl A. Pillemer, Ph.D, a professor of human development at Cornell University who has researched and written extensively on aging issues, asked hundreds of senior citizens what they most regretted about their lives. He was surprised by the recurrent answer: “I wish I hadn’t spent so much of my life worrying.” He concludes: “Their advice on this issue is devastatingly simple and direct: Worry is an enormous waste of your precious and limited lifetime. They suggested training yourself to reduce or eliminate worrying as the single most positive step you can make toward greater happiness.”