He has been raised 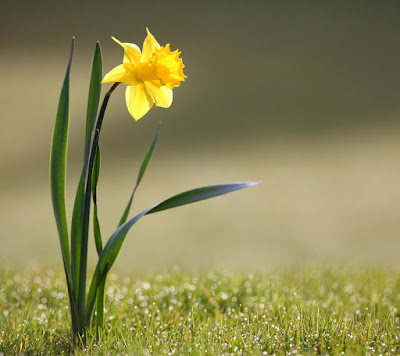 
Disjointed are all my bones. This is the English translation of the Latin inscription above—a line from Psalm 21. Here, paradoxically, are two realities enfolded into one vital and undeniably great mystery (cf. 1 Timothy 3:16).

First, the disjointed Body of Christ, in all our human brokenness and disfigurement, is powerlessly fastened to the wood of the cross. Our humiliating enslavement to Sin and Death is on full display in the Son of God, who emptied himself, taking the form of a slave, coming in human likeness (cf. Philippians 2:7).

Perhaps we focus too much on our own personal, individual failures without considering the fact that we are also enslaved by the dominion of Sin and Death, rendering us both victim and unwitting accomplice. Here is disjointed humanity in all its ugliness: poverty and greed, abuse, addiction, disease, discrimination, indifference, conflict, and so forth. In one way or another, these are things that oppress and paralyze us. Yet, we also perpetuate them unknowingly in myriad and complex ways. As the martyred Prior of Our Lady of Atlas in Algeria wrote before his kidnapping and death by terrorists in 1996, “I share in the evil which seems, alas, to prevail in the world, even in that which would strike me blindly.”

Liberation from this fallen state is not humanly possible. So, this first reality is joined to another, more powerful, yet hidden, mystery that continues to unfold within the Body of Christ. The Son of God overcomes the enslaving power of Sin and Death by taking it upon himself.

Paradoxically, in the words of St. Augustine, he defeats “death by undergoing death himself, sin by identifying himself with sin.” By allowing himself to be fastened to the cross, Christ gives us his life, so that we may be saved by becoming his Body, offered up for the entire world. In the end, Sin and Death, by the supreme dominion of the Holy Trinity, are left powerless, nailed to the cross—while Christ’s tomb remains empty.


Father of Mercy, forgive us. We know not what we do. From hidden faults forgive us. Deliver us from all evil, that all our disjointed bones may exult in the resurrected Body of your Son, Jesus Christ, who was lifted up from the earth in order to draw everyone to himself (cf. Luke 23:34; Psalm 18:13; Matthew 6:13; Psalm 50:10; John 12:32). 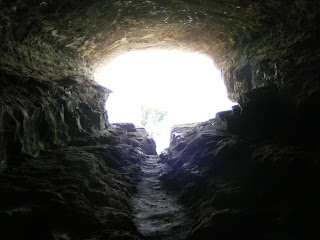 In today’s first reading at Mass (Isaiah 49:8-15; Wednesday of the Fourth Week of Lent), the prophet promises God’s people that they have not been forgotten. He assures them that—despite all apparent indications to the contrary—God regards them with the tender affection of a mother; he will save them, protect and provide for them, lead and comfort them. They have not been forsaken.

“In a time of favor,” Isaiah foretells, God will say to the prisoners, “Come out!” To those in darkness, “Show yourselves!”

In the most immediate and literal sense, God kept this promise. The Babylonian exiles to whom the prophet was speaking were freed and allowed to return to Jerusalem.

However, God’s tender affection did not end then and there. Isaiah’s words are true in a much more timeless, figurative sense. They apply to us today just as much as they did to the ancient Israelites.

In today’s Gospel reading (John 5:17-30), Jesus echoes the prophet’s words: “The hour is coming and is now here when the dead will hear the voice of the Son of God, and those who hear will live. … The hour is coming in which all who are in the tombs will hear his voice and will come out.”

Later in the same Gospel (John 11), Jesus demonstrates that he was not kidding around. In raising his friend Lazarus from the dead, he fulfills Isaiah’s prophecy once again by shouting: “Lazarus, come out!” And when the dead man stumbles out of his tomb, wrapped up in burial cloths, Jesus tells the astonished crowed, “Untie him and let him go.”

More is going on here than a simple prefiguring of Jesus’ resurrection from the dead and his promise that his disciples will share in that resurrection (though that is certainly part of it). Resurrection and new life are not only things we await while enduring the trials of this life – some kind of future prize. They also are available to us here and now – just as they were to the Babylonian exiles and to Lazarus. As Jesus says in John 10, “I came so that they [all of us] might have life and have it more abundantly.”

In one way or another, we are all imprisoned in darkness or entombed by life-stripping circumstances, attitudes, or habits. To each one of us, Jesus calls: “Sue…Gary…Richard…Alicia…Theresa…Terrelle…Michael…Candace……Come out!”

This Lenten season, here are some good questions to ask ourselves: “Do I hear his voice? Am I willing to step out of the darkness and into the light—into life? Can I not only respond to the voice of Jesus calling, but also allow others to untie me and let me go—so that I, in turn, may then do the same for the other Lazaruses of this world?”

As St. Paul writes (2 Corinthians 6:2), “Now is a very acceptable time; now is the day of salvation.”
Posted by Br. Francis de Sales Wagner at 11:26 AM No comments: