Mystery of the Incarnation 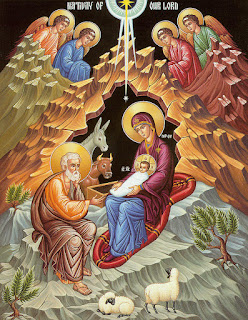 NOTE: A wonderful meditation about the meaning of this season by an ancient monk and theologian.

The Word of God, born once in the flesh (such is his kindness and his goodness), is always willing to be born spiritually in those who desire him. In them he is born as an infant as he fashions himself in them by means of their virtues. He reveals himself to the extent that he knows someone is capable of receiving him. He diminishes the revelation of his glory not out of selfishness but because he recognizes the capacity and resources of those who desire to see him. Yet, in the transcendence of mystery, he always remains invisible to all.

For this reason the apostle Paul, reflecting on the power of the mystery, said: Jesus Christ, yesterday and today: he remains the same forever [Hebrews 13:8]. For he understood the mystery as ever new, never growing old through our understanding of it.

Christ is God, for he had given all things their being out of nothing. Yet he is born as man by taking to himself our nature, flesh endowed with intelligent spirit. A star glitters by day in the East and leads the wise men to the place where the incarnate Word lies, to show that the Word, contained in the Law and the Prophets, surpasses in a mystical way knowledge derived from the senses, and to lead the Gentiles to the full light of knowledge.

For surely the word of the Law and the Prophets when it is understood with faith is like a star which leads those who are called by the power of grace in accordance with his decree to recognize the Word incarnate. 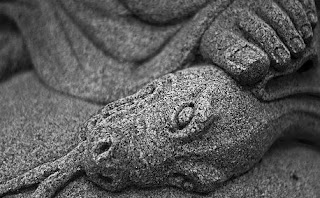 Here is the reason why God became a perfect man, changing nothing of human nature, except to take away sin (which was never natural anyway). His flesh was set before that voracious, gaping dragon as bait to provoke him: flesh that would be deadly for the dragon, for it would utterly destroy him by the power of the Godhead hidden within it. For human nature, however, his flesh was to be a remedy since the power of the Godhead in it would restore human nature to its original grace.

Just as the devil had poisoned the tree of knowledge and spoiled our nature by its taste, so too, in presuming to devour the Lord’s flesh he himself is corrupted and is completely destroyed by the power of the Godhead hidden in it.

The great mystery of the divine incarnation remains a mystery forever. How can the Word made flesh be essentially the same person that is wholly with the Father? How can he who is by nature God become by nature wholly man without lacking either nature, neither the divine by which he is God nor the human by which he became man?

Faith alone grasps these mysteries. Faith alone is truly the substance and foundation of all that exceeds knowledge and understanding.

Posted by Br. Francis de Sales Wagner at 8:27 AM