"Jesus Christ is the same
yesterday and today and forever."
Hebrews 13:8 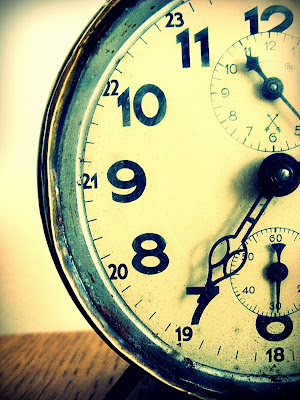 Shortly after my spiritual reawakening (as I refer to it--in the spring of 2003), I was drawn to delve deeply not only into Scripture, but also the writings of a great number of saints and other spiritual authors (such as St. Josemaría Escrivá, St. John of the Cross, and Thomas à Kempis). This was an entirely new direction for me—something I had never felt inclined to do before. Although I’ve always been a reader, for most of my adult life up to that point, most of what I read was in the realm of current affairs or history. What’s more, I was a journalist, and spent the majority of my time each day either editing or writing news stories. So after work, I often preferred to do things other than read (which we won’t get into; let’s just say that the traditional newspaperman stereotype fit me well in many respects).

During this early stage of my spiritul reformation, one of the first authors that I developed a particular affinity for was Jean-Pierre de Caussade, whose most well-known work is Abandonment to Divine Providence (or The Sacrament of the Present Moment). De Caussade was a French Jesuit priest who lived from 1675 to 1751. This slim book of his—really a collection of letters he wrote to women religious that were gathered and published after his death—contains a wealth of wisdom accessible to anyone. Early on, it helped me to connect the dots between aspects of the inner life of the spirit and ordinary, everyday life (later solidified for me by St. Benedict’s Rule on the monastic way of life). Every moment in life, de Caussade states, is a gift or sacrament from God, one that calls us to respond with praise, gratitude, peace, joy, faith, and love to each circumstance, task, or person. In short, we must at all times abandon our own self-interest and judgments to the will of God. “If we have abandoned ourselves to God,” he says, “there is only one rule for us: the duty of the present moment.”

This point of view, of course, fits neatly with the teachings of many of the saints and other authors mentioned above, although each expressed it in different ways. All of them, really, are simply rooted in the fertile ground of the Gospel, and are therefore merely instruments of the Holy Spirit as Divine Author.

From time to time, I am still inclined to pick up Abandonment to Divine Providence and soak up its abundant insight. In doing so, I have discovered another remarkable similarity—to that of the writings of my patron saint, Francis de Sales (1567-1622). The two, of course, were both French, were very nearly contemporaries (though not quite), and had both been educated by Jesuits. De Caussade was also a spiritual director for a community of Visitation sisters in France—the very religious order de Sales had founded earlier along with St. Jane Frances de Chantal.

Although de Sales died more than 50 years before de Caussade was born, the latter was certainly influenced by the life and writings of de Sales. Francis was a recently canonized saint when de Caussade was young, and his reputation and influence—especially in their native country of France—would have been considerable for those interested in spiritual matters. De Sales’ classic Introduction to the Devout Life was still immensely popular at the time (as it remains today). In fact, I am struck by how similar Abandonment to Divine Providence and Introduction to the Devout Life really are in many respects. The two were definitely on the same spiritual wave-length, and they teach practically the same thing. Both books are today generally considered to be among the most significant and helpful spiritual guides available (and accessible to anyone).

Along these lines, in his 1975 translation of de Caussade’s work, John Beevers notes in his introduction: “Although Caussade was a Jesuit and held several important posts within the Society, his teaching owes far more to Salesian and Carmelite spirituality than to that of St. Ignatius. It would, of course, have been impossible for him not to have come under the influence of St. Francis de Sales…”

So, with all this in mind, I thought that over the next several days, I would post some snippets from Abandonment to Divine Providence here, sharing the wisdom he imparts in the Catholic tradition of such authors as de Sales. In this first excerpt, de Caussade advises a religious sister in a matter we can all relate to—dealing with difficult people (notice the gentle humor inherent in the phrase “the person whose place it is to wait upon you”):

You have reason to bless God, my dear sister, for having preserved in your heart peace, gentleness, and charity for the person whose place it is to wait upon you. He has given you a great grace. Perhaps He may still allow that, either through ignorance, thoughtlessness, or even, if you will, out of caprice, or bad temper, she may give you occasion to practice patience. Then, sister, try to profit well by these precious occasions which are so adapted to gain the heart of God.

Alas! We offend this God of all goodness not only through ignorance and thoughtlessness, but deliberately and maliciously. We want Him to forgive us, and this He most mercifully does, and then we will not forgive others like ourselves. And we recite every day the prayer our Lord taught us, “Forgive us, Lord, as we forgive.”

We must remember also the words of our God, telling us that He would act towards us as we act towards our neighbor; therefore we ought to bear with our neighbor and to show him consideration, charity, gentleness and condescension; and God who is faithful to His promises will treat us in like manner.

Charity, patience, meekness, and humility of heart, benignity and the renunciation of your own ideas—these little daily virtues faithfully practiced will procure you a rich harvest of graces and merits for eternity.