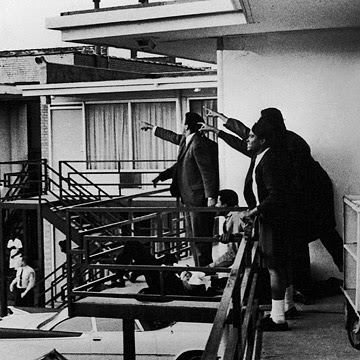 When I was in two weeks ago for an oblate conference, I had the opportunity to visit the National Civil Rights Museum, a complex built around the well-preserved former Lorraine Motel where Martin Luther King, Jr., was killed on April 4, 1968. I was not prepared for how solemn and moving an experience it was. 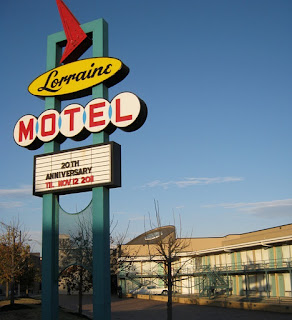 As a white boy growing up in northwest Ohio in the late 1960s and through the 1970s, I was a world away—on many different levels—from the civil unrest and the struggle to desegregate the South that helped characterize that era. What a horrifyingly ugly period of American history. While the pain of that struggle has produced great fruit a generation later, seeds of despair, division, and disparity still remain sown in the American soul.
I am currently reading Kathryn Stockett’s novel The Help, which I have found to be surprisingly engrossing. It lays bare much of the genteel ugliness that was considered acceptable not all that long ago. Set in , in 1962, the novel tells the story of a group of black maids and a white socialite who team up—amid terrifying risks—to write a book about what it's really like for “the help” working in white Southern homes. I had just started reading it when I visited (just across the border from ), and I discussed it with one of the oblates who has also read the book. She is not from originally but has lived there long enough to understand what the book conveys. She arrived in not too long after King’s assassination, and vividly recalls the turmoil of that time. When she was reading The Help, she said she asked lifelong residents about its accuracy. “They said that’s exactly what it was like, and everyone had help back then,” she told me.
Reading about it or hearing about it, however, is one thing. Living it as an African-American is another, and that is something I obviously cannot begin to imagine. But the book had piqued my interest, and suddenly I found myself in for the first time. Many years before coming to the monastery (when I was in my late 20s), I spent a considerable amount of time traveling and staying with friends in Mississippi, Louisiana, and Alabama, but that was along the “touristy” Gulf Coast at a time when my mind was on much different (and far less important) things. At the National Civil Rights Museum in , I was confronted with that genteel ugliness as never before. The museum’s realistic exhibits don’t just recount history—they almost bring it to life (for example, a life-size replica of a lunch counter protest, and video footage of actual events). 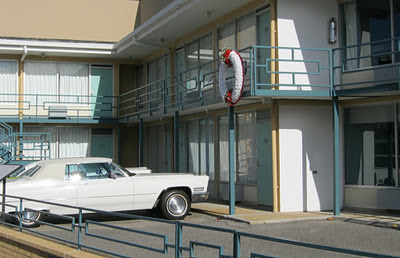 And then there is the Lorraine Motel. I had known that King was killed in , but I didn’t know what he was doing there and the larger backdrop of the sanitation worker strike he had come to support. There is a 20-minute film documentary upon entering the museum which includes the powerful recollections of Rev. Samuel “Billy” Kyles, who was standing beside King at the Lorraine when King was shot. He provides a good deal of insight into the last hours of the civil rights leader’s life, as well as reflection on why he was there and lived to tell about it. “Every crucifixion needs a witness,” Kyles says in the film, which also includes footage from King’s eerily prophetic “Mountaintop” speech made in Memphis the night before he died (snippets of those remarks appear below).
In the documentary, Kyles noted that King was an intelligent, talented, well-educated, and charismatic leader who could have been anywhere but that fateful night, doing anything he wanted to do. The death of this man--both beloved and reviled--came not as a result of the celebrity self-indulgence so common in our day, Kyles said, but from a single bullet while working on behalf of garbage workers in . Christ-like self-sacrifice gave life to King’s dream. I hadn’t thought of it in those terms before, and the remarks King had given in his last speech (again, excerpted below) indicated that he sensed his movement would have to continue beyond without him. 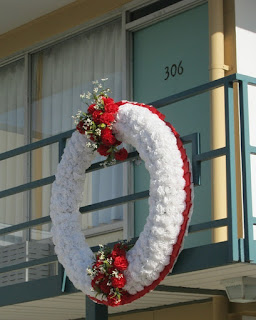 The Lorraine Motel is like a moment frozen in time. The scene is preserved almost exactly as it stood on April 4, 1968—including replicas of the actual automobiles outside King’s motel room. Across the street, you can walk through the former boarding house where it is said that James Earl Ray fired the fatal shot (we won’t get into the various conspiracy theories here; they are myriad).
On the second floor of the Lorraine Motel, through a glass panel, you can peek into the room where King visited with colleagues before stepping out on the balcony to go to dinner. A few feet from the railing, you can see that a square of concrete from the balcony has been removed—the spot that had been stained with blood.
Walking toward the motel and museum, oblate Noe Longoria (my very gracious and generous tour guide for the day) remarked how eerie the surroundings felt. The same sense of solemn unease had also come over me. The only other time I recall being overwhelmed by such a palpable yet indescribable feeling was at the Colosseum in . I left both places more informed, desiring to know still more, and sure that I had been on sacred ground.
A mountaintop.
On a motel balcony.
In Memphis, Tennessee.
Calvary.
The promise of freedom.

Only when it is dark enough can you see the stars. And I see God working in this period of the 20th century in a way that men, in some strange way, are responding. Something is happening in our world. The masses of people are rising up. And wherever they are assembled today, whether they are in , ; , ; , ; ; , ; , ; or —the cry is always the same: “We want to be free.”
We aren’t engaged in any negative protest and in any negative arguments with anybody. We are saying that we are determined to be men. We are determined to be people. We are saying that we are God’s children. And that we are God’s children, we don't have to live like we are forced to live.
We’ve got to give ourselves to this struggle until the end. Nothing would be more tragic than to stop at this point in . We’ve got to see it through. And when we have our march, you need to be there. … You may not be on strike. But either we go up together, or we go down together.
I don't know what will happen now. We’ve got some difficult days ahead. But it really doesn’t matter with me now, because I’ve been to the mountaintop. Like anybody, I would like to live a long life. Longevity has its place. But I’m not concerned about that now. I just want to do God’s will. And He’s allowed me to go up to the mountain. And I’ve looked over. And I’ve seen the Promised Land. I may not get there with you. But I want you to know tonight, that we, as a people, will get to the promised land! 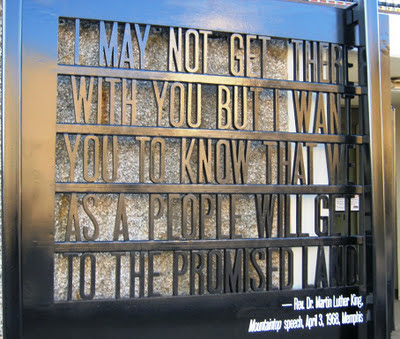