Salvation in a snake? 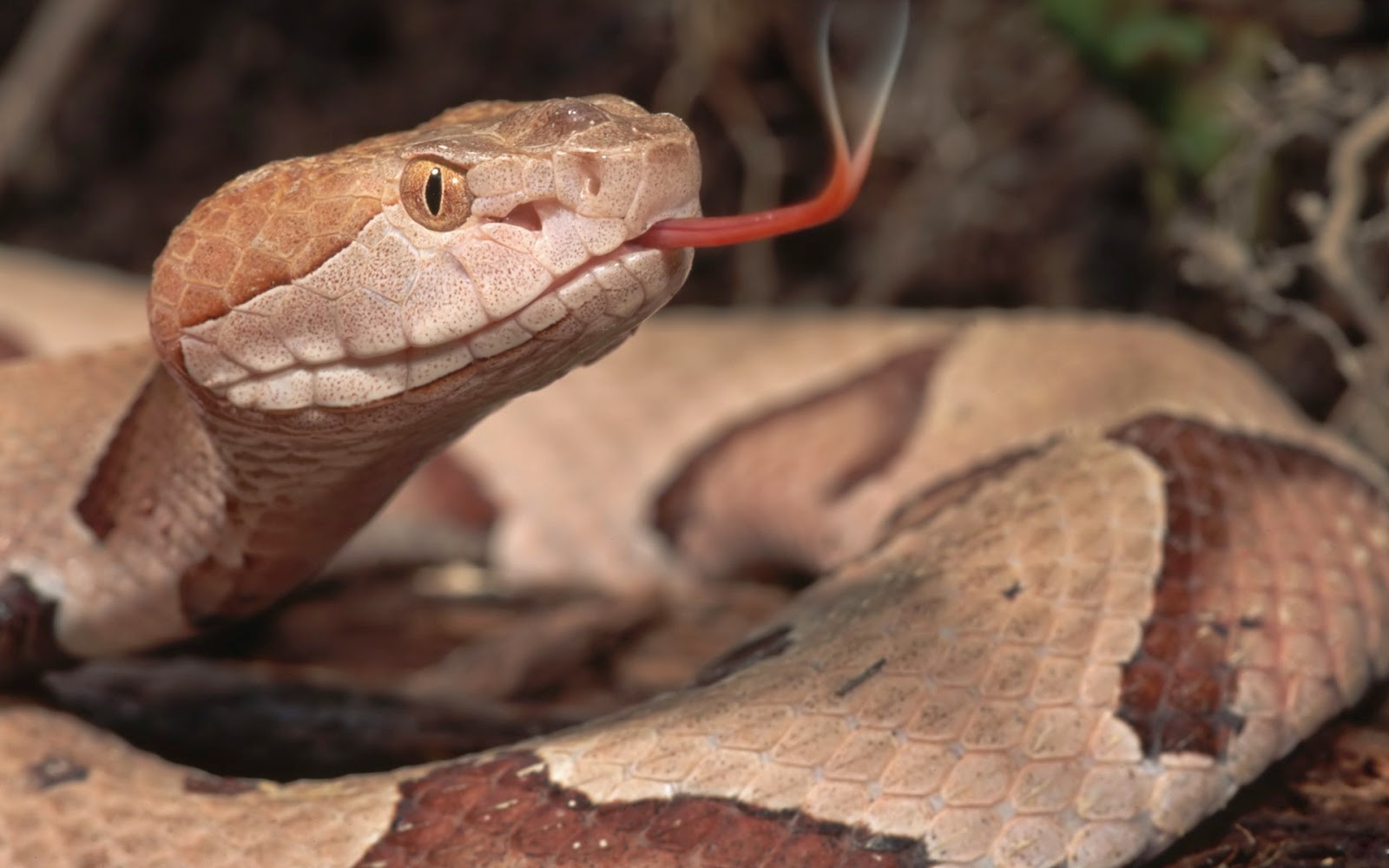 NOTE: Each week during Lent, I am posting a reflection on the Sunday Gospel--a little food for prayerful thought. -- Br. Francis.


***
Snakes seem to arouse within us equal parts fear and fascination. They slither and slide through our collective consciousness as sinister symbols of all things dark and forbidden, creepy and cunning, dangerous and potentially deadly. Although humans are actually more of a threat to snakes than vice-versa, and their useful qualities notwithstanding (e.g., they prey on rodents), most of us loathe them and keep a respectful distance. Yet, it is difficult for many of us to look away from the scaly, fork-tongued, and (for some) elliptical-eyed creatures.

Few of us, perhaps, would attach any redeeming religious quality to serpents. After all, the Tempter is portrayed as a serpent in the Garden of Eden, seducing our first parents into believing themselves “like gods” (see Genesis 3), and tripping humanity into the woeful condition it finds itself in to this day. Religiously speaking, the serpent is notorious as a symbol of evil. The author of the Book of Revelation refers to “the Devil or Satan” as “the ancient serpent” (Revelation 20:2).

And yet, in the Gospel reading for the Fourth Sunday of Lent (John 3:14-21), Jesus makes a peculiar statement regarding serpents. He says to Nicodemus: “Just as Moses lifted up the serpent in the desert, so must the Son of Man be lifted up, so that everyone who believes in him may have eternal life.” What is that all about?

The short answer is that Jesus was referring to himself symbolically as a serpent offering salvation to all who believe. Strange…why is that?

First, we must take into account the Old Testament incident that Jesus alludes to in the passage. This is Numbers 21:4-9, in which the ancient Israelites in the desert complain bitterly about their lot and refuse to trust in God, who has brought them out of slavery in Egypt and provided for their every need. Serpents come among them, and many are bitten and die. When the people finally repent and cry out to God, Moses (at God’s command) makes a bronze serpent and mounts it on a pole, and “whenever anyone who had been bitten by a serpent looked at the bronze serpent, he recovered.” The people were saved through a symbol of the very thing that plagued them (of course, they were actually saved by turning back to God; cf. Wisdom 16:5-7). Their instrument of death became the means of salvation.

Although not specifically referred to by Jesus in the Gospel reading, at least one other Old Testament passage regarding snakes is worth mentioning here. In Exodus 7:8-13, God tells Moses and Aaron—who were still trying to convince Pharaoh to let the Israelites leave Egypt—to “work a sign of wonder” with Aaron’s staff in the Egyptian leader’s presence. Accordingly, when the time came, Aaron threw his staff on the ground, where it changed into a snake. Not to be outdone, Pharaoh had his magicians do the same. However, something even more curious occurred: Aaron’s staff-turned-snake swallowed those of all Pharaoh’s magicians.

In Jesus’ day (recall that Israel was under Roman rule), the public execution of criminals on a cross—where the crucified suffered a painfully slow, tortuous demise from asphyxiation in front of crowds of onlookers—was the most terrifying instrument of death imaginable. Like the death-dealing serpent in Moses’ day, Jesus was fastened to a pole like a common criminal for everyone to look upon.

However, those Old Testament episodes mentioned above involving snakes take on fuller and deeper significance with the crucifixion of Jesus. “Just as Moses lifted up the serpent in the desert,” Jesus tells Nicodemus, “so must the Son of Man be lifted up, so that everyone who believes in him may have eternal life.” Here, Jesus foretells his manner of death, and declares that just as those who looked on the mounted serpent in Moses’ day were saved from death, so those who look to him on the cross (with the eyes of faith) will inherit something far greater—eternal life.

To put it plainly, through the Incarnation, the Son of God becomes a human being, and though he is without sin himself, he figuratively becomes sin—your sin and mine—on the cross in order to save us. And he does this out of immeasurable love for his creation—you and me. Just like the pole in the desert with the bronze serpent, the crucifixion becomes the source of Life and Truth for all who are willing to believe. Just as the cunning serpent in the Garden of Eden entwined itself enticingly around the tree of knowledge of good and evil (imparting doom to those who partake of its fruit), so God’s Word made flesh hangs on a cross, the tree of life (imparting eternal salvation to those who believe and partake of its fruit). The curse of Eden is reversed (cf. Revelation 2:7) because Jesus, in effect, becomes the serpent of our sin and swallows death through his own death and resurrection. Evil’s cunning is outdone by God himself, far beyond anything we could possibly accomplish on our own.

St. Paul refers to this incredible mystery when he says, “For our sake [God] made him to be sin who did not know sin, so that we might become the righteousness of God in him” and "Christ ransomed us from the curse of the law by becoming a curse for us, for it is written, 'Cursed be everyone who hangs on a tree'" (2 Corinthians 5:21 and Galatians 3:13; cf. Deuteronomy 21:22-23).

Having Christ referred to as a serpent representing—and “swallowing up”—human sin through the sacrifice of his own life is not something we hear too often, although the imagery is firmly rooted in our tradition. For example, St. Gregory of Nyssa (c.335-395) comments:

The serpent may seem an incongruous symbol for [the mystery of the Incarnation], and yet it is an image Truth himself does not repudiate, since he says in the gospel: As Moses lifted up the serpent in the desert, so must the Son of Man be lifted up. And the meaning is clear. Holy Scripture calls the father of sin a serpent, so what is born of him must be a serpent too; sin must have the same name as its father. Now since the Apostle [Paul] asserts that the Lord was made sin for our sake by clothing himself in our sinful nature, it cannot be in appropriate to apply this symbol to him. If sin is a serpent and the Lord became sin, it must be obvious to all that in becoming sin he became a serpent, which is simply another name for sin.

He became a serpent for our sake, so that he could consume and destroy the serpents of Egypt brought to life by the sorcerers. Once he had done this he was changed into a staff again, and by this staff [the Cross], sinners are chastised and those who are climbing the difficult ascent of virtue are supported.


Christ's death and our sin were foreshadowed long ago in the desert, when Moses fastened a serpent to a wooden stake and held it on high. We must remember that it was through heeding the voice of a serpent that the human race had incurred the penalty of death, and so it was appropriate that a serpent, fastened to a wooden standard and raised aloft, should prefigure the death of Christ. In that symbol we have an image of the Lord's death by hanging [on a cross].

Christ overcame [the curse of sin and death] by taking it upon his own person. He vanquished death by undergoing death himself, sin by identifying himself with sin, and the ancient serpent by means of another serpent. Death, sin, and the serpent were all included in God's curse, but the cross has triumphed over each of them. And so there is profound truth in that word of Scripture: Cursed be all that hang on a tree [cf. Deuteronomy 21:22-23].

Despite the constant cycle of birth and death, the cross continues to be held high above the earth for the healing of all who gaze upon it.

This imagery is often found in Christian art, although not so much in recent times. We have a couple examples right here at Saint Meinrad Archabbey.  In one of the stained glass windows of our church, the “tree of death” in the Garden of Eden (entwined with a snake) depicted in the lower panel of the window is transformed in the upper panel into the Tree of Life, the cross of Jesus. The two trees are fused into one, becoming part of the same reality.

Likewise, in our Chapter Room (where the monks vote on important matters), a large, fierce-looking serpent with an apple in its mouth is shown superimposed over a black cross. Along with these images is the Latin inscription Conversionem morum, one of the Benedictine vows meaning conversion of life (which is an essential response asked of all Christian disciples).

This, I think, strikes at the essence of what the serpent image on the cross has to say to each one of us. Through his crucifixion, Christ turned into a snake (sin), so that by his resurrection, we may shed our sinful ways and turn toward God, in whose image we were created. Christ gives us his life, so that we may be saved from death by becoming his Body, offered up for the entire world.

This Lent, let us all look deep within our hearts at whatever entices us away from God, whatever has snake-bitten us and filled us with venom, whatever makes us serpent-like to one another. Then, let us look to the cross for healing, “keeping our eyes fixed on Jesus, the pioneer and perfecter of faith” (Hebrews 12:2), so that Christ may live in us (cf. Galatians 2:20) and crush the head of the ancient serpent. 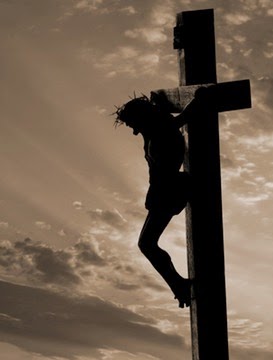 "For God so loved the world that he gave his only Son,
so that everyone who believes in him
might not perish but might have eternal life."
John 3:16
Posted by Br. Francis de Sales Wagner at 2:08 PM