A monk out of the playoffs 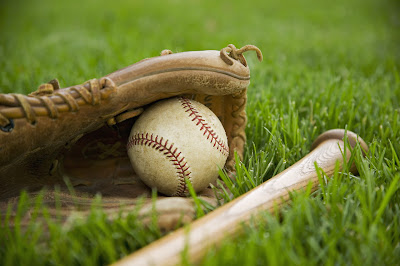 Well, if you follow baseball at all, you know by now that the Cincinnati Reds lost their playoff series (unbelievable!) against the San Francisco Giants even though they had a 2-game advantage, were playing at home, and were just an out or two away from taking game 3 and earning a trip to the National League Championship Series. 'Twas not to be. The Giants suddenly found new life, and the Reds hung in there, but wasted some key opportunities (including some masterful pitching performances) to get back in it. The Giants won games 3, 4, and 5 to advance to the NLCS where they will play -- this really hurts -- the St. Louis Cardinals. Oh, the humanity!

The two teams with the best records in Major League Baseball during the regular season -- the Washington Nationals and Cincinnati Reds -- are now out of the playoffs. Anything can happen in the postseason! It was unintentional, but it is both fitting and ironic that the last posting included a quote about how baseball teaches us how to deal with failure. Disappointment plagues many players and fans at the moment, but after the World Series is played, and after resting up for a few months, it all begins again with renewed hope in the spring.

As for the remainder of this posteason, I suppose now I could root for the Detroit Tigers, but at this point, I'm not much interested. Deflated is a good description.

But, life goes on ... On the bright side, I can now give full attention to many pressing tasks I have in front of me over the next couple weeks without the prospect of daily playoff games demanding my attention. The 1 p.m. EST start for the Reds-Giants deciding Game 5 on Thursday was rough !!!

This is a busy weekend around here. Today is the Benedictine Hills Youth Pilgrimage, so there will be a lot of young people on the Hill today. The pilgrims--along with a number of Benedictine sisters from Monastery Immaculate Conception in Ferdinand--will be joining the monks for Vespers and then a cookout after a long afternoon of hiking. Many lay-degree students are also on the Hill for classes this weekend, as well as retreatants. On Sunday, the second Monte Cassino Shrine Pilgrimage for the month of October will be held nearby. Tomorrow the monastery's periodic visitation also begins. This takes place every four years, and involves a group of monks from other monasteries coming in to evaluate and offer suggestions on such things as liturgy, relationships, work, and formation. The visitators, as they are called, will interview every single monk here over the course of several days before offering a final report. It is a way for us to receive some outside feedback on how we go about things.

As for yours truly, I am spending most of the weekend holed up to finish two urgent writing assignments--as mentioned previously, a book on the Stations of the Cross (now slightly overdue), and an upcoming talk to be given at the Monte Cassino Shrine. Two of my spiritual directees are lay-degree students here this weekend, so I also have appointments with them. After all that is accomplished, there's plenty of other things waiting on the runway for takeoff, so once again I must beg your pardon and patience for the scarcity of blog postings.

It may not be the World Series, but life here on the Hill is never boring. Ultimately, it's also more fulfilling. Batter up!

Posted by Br. Francis de Sales Wagner at 9:34 AM