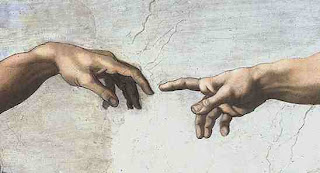 
Just who were the Twelve Apostles, really?


Nobody special. They were not high-class, or well-educated, or upstanding citizens. Quite the contrary is true. They did not apply for the position, and they were not vetted for particular credentials. In fact, they were not qualified at all.


And yet, unqualified, unprepared and flawed as they were, Jesus “summoned” them, as today’s Gospel states. He sent them out to preach the Gospel, gave them authority, and instructed them. He chose them, and then he qualified them. “You did not choose me but I chose you,” Jesus later tells them in the Gospel of John (15:16). “Apart from me, you can do nothing” (15:5).


The prophet Amos, prefiguring the Christian response to God’s call long before Jesus’ time, knew the nature of this gift. In today’s first reading he states: “I was no prophet, nor have I belonged to a company of prophets; I was a shepherd and a dresser of sycamores. The Lord took me from following the flock, and said to me, ‘Go, prophesy to my people.’” And so he went—nobody special, yet accomplishing God’s work.


Today, all Christians have precisely the same call—in different ways and circumstances, to be sure, but the call to live and preach the Gospel is universal. Not everyone hears the call, or responds to it. Some take their time answering. Others simply (and sadly) refuse. But the call is there.


In today’s beautiful and theologically rich passage from the Letter of St. Paul to the Ephesians, we are told that God blesses and chooses each one of us “before the foundation of the world.” Think about that for a minute. It’s an astounding declaration. Before the One God in Three Persons created the universe, before anyone was born, before Jesus as God the Son came into the world, he chose us. Otherwise, we simply would not be. And knowing us completely—more fully than we will ever know ourselves—God knew beforehand how unqualified we would be, how unprepared, how flawed. He knew that we would all turn away from him, would sin, and would know failure, sorrow, and pain.


Yet he still chose us. He knew before anything was that Jesus would enter into a point in time to show us the way to God. He knew that a Savior would be necessary before sin existed, before we existed—to make us holy, to adopt us, to redeem us, to make himself known to us, and to involve us in his plan to “sum up all things in Christ” (Ephesians 1:10). As says elsewhere, “God proves his love for us in that while we still were sinners Christ died for us.” (Romans 5:8). We are, as the Letter to the Ephesians says, chosen and destined by a God who accomplishes all things, “to exist for the praise of his glory.”


This is a wonderful mystery that cannot be fully grasped. We must simply let it grasp us, guide us. But that is difficult for us to do, isn’t it?


A couple years before coming to the monastery, I had a discussion with a very wise priest. I knew I was being called to something new, something both exciting and terrifying simply because it was unknown. I felt totally overwhelmed and unqualified for whatever it was that God had in store for me (at that time I didn’t know precisely what it was, but I felt the pull, so to speak). “I can’t do it,” I told the priest. He listened to my reasons, and then gently said, “If God is calling you to something, he will give you everything you need to accomplish it. Do not be afraid. He is always with you.”


It took me a while longer to realize that indeed, God calls first; then he qualifies. We do not—and cannot—qualify ourselves first. Once I was granted the grace to understand that, I was able to make a leap of faith that I never could have foreseen; such an act went completely against the grain of how I typically operated. In fact, some people thought I had gone nuts! (And I am, a little.)


The parents of my new baby nephew—particularly my sister—no doubt feel completely overwhelmed and unqualified right now. But God called little Evan into this world and into their lives for a reason. With Evan’s unwitting (and malodorous) assistance, God will qualify them. Years from now, Evan will be called down his own vocational path. In one way or another, each of us is called to participate in God’s plan to “sum up all things in Christ.”


At one level, today’s readings revolve around vocation, and everybody has one where God is concerned. No one is qualified. No is one is prepared. Everyone is flawed. Yet God still calls. However, at a still deeper level, today’s readings emphasize God’s initiative and his providence. We love because he first loved us before the foundation of the world (cf. 1John 4:19; John 1:1-5).


Ultimately, vocation is not about what we do, but about who we are. Just like the apostles, we are nobody special—but chosen nonetheless. We are chosen by God to give what we do not have, to bestow in Christ every spiritual blessing from absolute nothingness, to live in the mystery of God’s will to sum up all things in Christ. And he is with us each step of the way.