Pray always without becoming weary.
Luke 18:1
In today's Gospel (Luke 18:1-8), Jesus speaks of the necessity to persevere in prayer. We are called, to borrow a phrase from today's first reading at Mass (Wisdom 18:14-16; 19:6-9), to enter into the peaceful stillness that compasses everything.
Easy enough, right?
The truth of the matter is that prayer can be difficult and tiresome--for the first disciples of Christ and for monks as well as any Christian today. But stillness IS possible. God doesn't call to us to the impossible. And if anything, the monastic charism (from the early Desert Fathers to our modern age with the influence of such monks as Thomas Merton) is designed to be a reminder of this for all Christians--which includes all those consecrated to the monastic way of life. Monks have difficulty with inner stillness as well.
There is a striking scene of serenity in Philip Gröning’s 2005 documentary Into Great Silence in which a Carthusian monk of Grande Chartreuse repairs a shoe in his cell. Silently, slowly, attentively, and deliberately, the monk repeatedly applies adhesive to the shoe, waits for it to set, gives it several firm taps, and examines his progress. Occasionally, he pauses and peers out the window of his cell. He doesn’t appear rushed or distracted. He seems to be completely absorbed in his work and fully present to the moment at hand. Yet, by fully entering that moment, he seems somehow to have transcended time. He is not simply completing a task. He is at prayer. He is at peace with God Eternal. 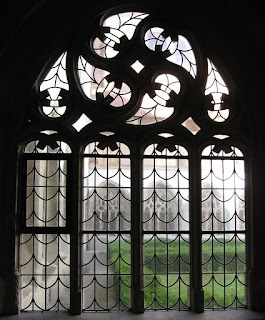 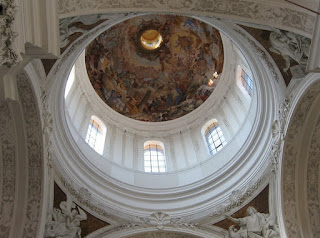 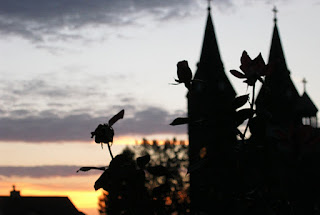 Posted by Br. Francis de Sales Wagner at 7:49 AM