The Hound of Cincinnati 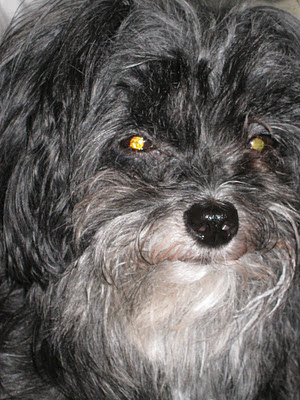 Oblate conferences in Tell City, Indiana, and Dayton and Cincinnati in Ohio, have taken me on the road the last several days. I returned to the monastery late Sunday evening from Cincinnati tired but very grateful for the experience (the title of my conference, incidentally, was "Living in Gratitude: Reflecting on St. Benedict's Caution Against Grumbling").

The time away was pleasant, but it's always good to be home. As much as I enjoy visiting with our oblates, since I am an extreme introvert it's always nice to return to my routine and recharge. I have one more such outing soon -- the oblate chapter in Memphis, Tennessee -- but after that I will be attempting to direct the majority of my time and energy the next few months toward completing my thesis for my Master's in Theological Studies degree. Beyond that, I will continue my writing and editing work for Path of Life Publications at the Abbey Press, and will be taking up some additional coursework toward a graduate certificate in spiritual direction. Anyway, the occasional oblate conferences provide a break of sorts in the routine.

Saint Meinrad Archabbey is blessed with so many good and giving oblates throughout the country who have joined themselves to our prayer and work here as they strive to live according to the Rule of St. Benedict within their own communities and families. The conferences I delivered generated some very insightful and fruitful discussions, and the oblates are most hospitable (in tune with the Benedictine tradition). I certainly have not gone hungry the last several days!

The trip to Dayton and Cincinnati is one I also look forward to each year because it also means being able to spend some time with my brother Kevin in the Queen City. Joining the two of us for dinner Saturday evening was his girlfriend Wendy and her son Devin and daughter McKinsey (who introduced me to "Webkins" and wants some day to cook for me some green eggs and ham). Afterward, we visited Aglamesis Bros., another well-known ice cream place (besides Graeter's) in Cincinnati's Oakley Square. Established by Greek immigrants in 1908, Aglamesis Bros. is an old-fashioned ice cream parlor through-and-through--right down to the marble fountaintop. All homemade ice cream and candy -- an operation very similar to Dietsch Bros. in my hometown of Findlay, Ohio. The ice cream at Aglamesis (I had peppermint stick and chocolate) is very rich in flavor due to the high egg yolk content (placing it in the category of "French" ice cream).

If you have read this far, you may by now be asking yourself what all this has to do with the photo at the top of this post. This ferocious-looking beast (do you notice any resemblance to Chewbacca of Star Wars fame?) is Ebony, who belongs to Wendy, Devin, and McKinsey. She is really a sweet little dog--and I do mean little. She weighs all of three and a half pounds, and insists on being carried around like a football so she can see everything that's going on or simply soak in your body warmth while catching up on some napping. Her carrier is expected to go about his or her duties with only one arm available for anything else.

The picture below of Ebony and Kevin will offer some sense of proportion. Keep in mind, however, that Ebony has a LOT of hair, which makes her look bigger than she actually is. She could literally fit into my coat pocket (don't worry--we didn't leave her there for long!). A little hound with a big heart. 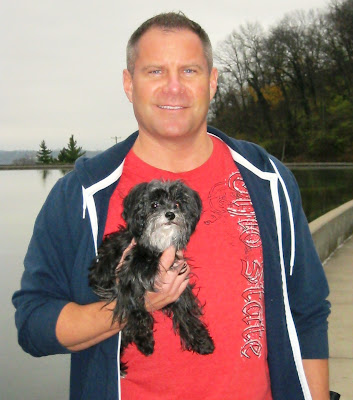