"A gentle answer turns away wrath,
but a harsh word stirs up anger."
Proverbs 15:1 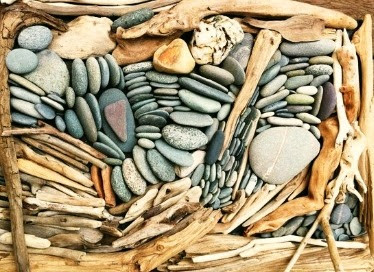 NOTE: Following is the biblical commentary read at Vigils this morning in the Archabbey Church (commenting on Acts 14:8-15:4). It is a sermon delivered by St. John Chrysostom (c. 347-407) more than 1,500 years ago, but one that bears striking relevance for us today as well. -- Br. Francis


X
"They stoned Paul and dragged him out of the city, leaving him there for dead."

Believe me, brothers and sisters, we may now be required to suffer more than Paul did. Those ruffians injured Paul with stones. At times, however, an attack with words can be even worse than an attack with stones. What should we do when this happens? The same as Paul did: he did not respond with hatred toward those who stoned him. On the contrary, after they had dragged him out, he re-entered the city and showed himself a benefactor to those who had treated him so shamefully.

If you put up with someone who insults you and does you wrong, then you too have undergone a stoning. After all, what offense had Paul committed that he should have been pelted with stones? He was announcing a kingdom, he was leading people away from error and bringing them to God, benefits worthy of crowns, not of stones!

Paul, however, did not resent their hatred. Quite the contrary. So when such things happen to you, don't be put out. Preach the word with gentleness. Has someone insulted you? Hold your peace and bless your enemy, and you will be preaching the word, giving a lesson in gentleness and meekness.

Many people do not suffer nearly so much from physical injuries as they do from verbal attacks. Physical violence hurts the body, words wound the soul. Has anyone spoken ill of you? Pray for him. Has he insulted you? Speak well of him. Has he plotted against you? Do him a kindness. If you care for his salvation, pay him back in the opposite way. Don't seek to avenge your suffering.

Look at the wrongs God himself suffered. He sent prophets and they killed them. So he sent them his Son. The more they insulted him, the more benefits he lavished upon them.

Anger is a fire, it is a quick flame that needs fuel. If you don't feed the fire it will soon go out. Anger has no power of itself; somebody else has to feed it. There is no excuse for you. Your antagonist is possessed with madness and doesn't know what he's doing. But when you act in the same way, what excuse can you make? You, at least, ought to know better!

That's why St. Paul says, "Let everything you say be good and helpful, so that your words will be an encouragement to those who hear them." We ought to train our tongues to speak nothing but good so as to make ourselves always pleasant and amiable. But indeed, things have become so bad that people boast of the very things that ought to make them blush for shame.

Speaking ill of someone doesn't do him any harm at all. Let's return to our senses, let's sweeten our speech and get rid of all evil talk. That's the way to avoid sin and draw down on us the divine pleasure from above. We should follow St. Paul's example; that's how we may win God's mercy.